IOT TRADE, using advanced technologies, has been producing and distributing under the VEGA brand popular temperature controllers for the electric floor heating market for more than three years with the help of its own production capabilities and developing new software for automatic heating and air conditioning systems and integrating adjacent sensors into smart home systems.

Since 2017, a team of project participants has been developing prototypes of smart automation systems and devices for the home, identifying promising niches and analyzing consumer demand.

Research in this direction has clearly revealed that the ideology and methods of using simple thermostats with a Wi-Fi module, both Asian and European suppliers, do not meet the requirements of the modern consumer market for B2B, B2C, HVAC control systems.

In 2018, based on the experience of manufacturing and selling standard electronic thermostats for the electric heating market and analyzing the fast-growing IOT market, a new industrial design was developed and launched into production of thermostats with fixed functions and original multi-design Different Face. Thus, it was possible to clearly identify the market potential of technologies using the advantages and advanced ergonomics in the industry.

The results of pre-sales of devices in this form factor / design confirmed the urgent need for such solutions not only for HVAC systems, but also as the main popular Iot hub form factor for almost any embedded control system (ventilation, heating, air conditioning, security systems and energy metering).

The presence of competitive advantages allowed to ship devices that did not have IoT technology, but surveys of end users of business partners revealed a common demand for “digitization” and energy efficiency. The use of previous generation technologies and components made it possible to quickly offer a competitive product, but limited growth opportunities due to new requirements such as ecodesign ERP and simultaneous competition from WiFi thermostats.

The global crisis of electronic components revealed bottlenecks in the supply chains of production, but on the other hand, stimulated the transition to more universal solutions. Updates and redesign touched all parts of the ALL HUB software for integration into new thermostats and further development of the ecosystem of devices with ALL HUB support and additional sensors.

Already during the initial design of the system, a decision was made to integrate new principles of interaction between devices and sensors, which become part of the idea of ​​the Internet of things. During the development process, it became clear that the IoT ideology should be based on the general availability of technology, the minimum price for a separate device, and on software services and architectures that are inexpensive to maintain and develop.

ALL-HUB devices based on DifferentFace thermostats have already reached TRL 7, and now our team is striving to complete the software for Production level in order to start a full cycle of production and sale of an expanded line of devices for European markets and the Ukrainian market, thereby significantly increasing the real supply on the market thermostats for underfloor heating, but also laying the fundamental commercial basis for the further purchase of additional wireless sensors by customers not only for current thermostats, but also for those devices that the manufacturer plans to implement and offer at the next stages of project development for the IoT and HVAC segments.

(Bluetooth Low Energy) with support and expansion of "All Hub" technology 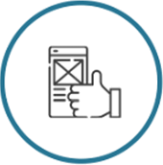 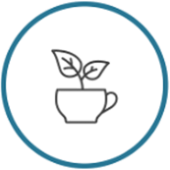 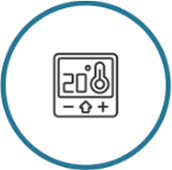 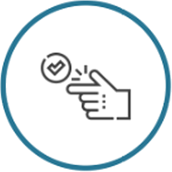 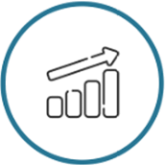